While many coaches have a history of fitness and sports before becoming a coach, Manuel’s background is rather different. In his high school career, he was a band geek where his main fitness routine consisted of breathing exercises and marching. He was also in JROTC where he dabbled in the required fitness testing. After high school he joined the Marine Corps reserves where was initially introduced to CrossFit. After leaving the Marine Corps and becoming a police officer in Texas, Manuel was reintroduced to CrossFit and began studying the concept of tactical athletics which led him to discovering Garage Gym Athlete and End of Three Fitness.

Dubbed the ‘resident fitness expert’ in his police department, Manuel has since become a huge supporter of the garage gym lifestyle. He became a CrossFit Level 1 Trainer, but felt that he needed to understand programming in more detail. This decision led him back to End of Three Fitness where he earned his EO3 Coaching Certification.

When he isn’t at work, Manuel spends his time cleaning up after his dogs and cats, trying to keep up with his wife during metal concerts and obstacle course races, and generally driving his wife crazy with his podcast obsession. He also enjoys tinkering with his garage gym, nerding out on new video games, and trying new beers. 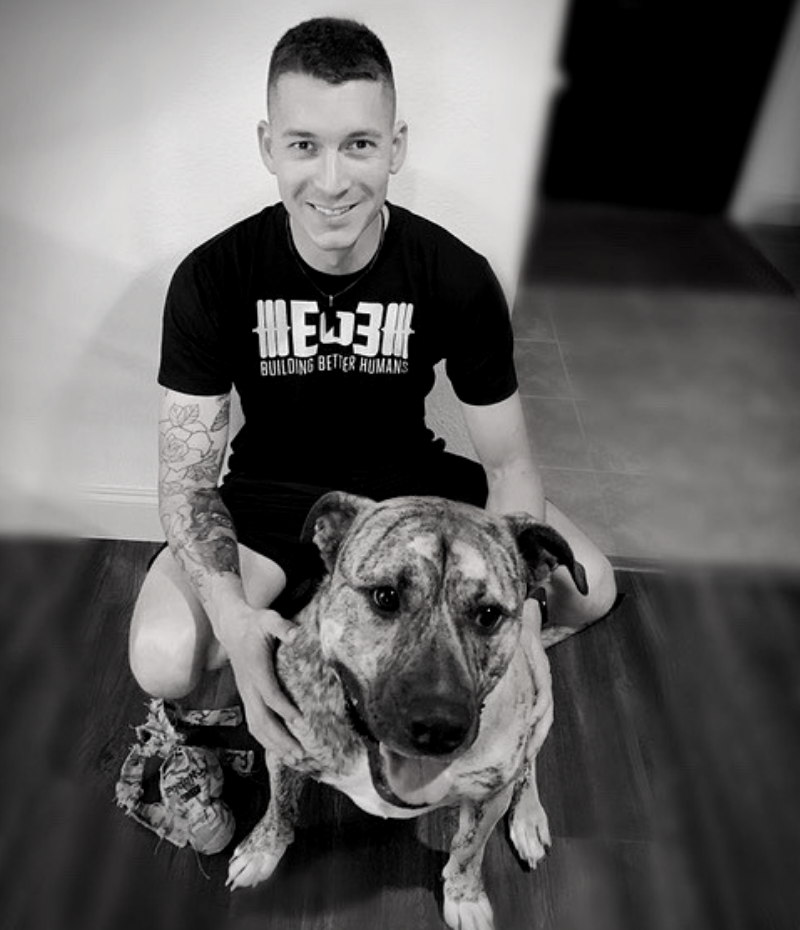